After the two music workshops I went to at the Royal Albert Hall, I was invited to a music workshop that was being held at a village hall in Belmont, just down the road from the Royal Marsden. This was a workshop held for teenage patients from the Marsden and of course I accepted the invitation.

There were about six of us there with John and a guy called Sam who was a professional musician who had brought a band along from his music school to play whatever we came up with.

We were told that we would be coming up with the lyrics and then singing the song by the end of the workshop which would last two days. Together we decided that we would write about our experience of when we found out that we had cancer. At first it was a tad difficult as we had all had different experiences. We ended up writing our own bits separately and then brought it all together to create a song we named ‘Look at Me Now’

Not too long after this we were invited to go and professionally record our song at a recording studio in Brighton. It was a great day and we had so much fun! We were also invited to perform our song a Teenage Cancer Trust’s 21st birthday party. We were all honoured to be invited and were given so any compliments on our song. We performed before Newton Faulkner went on stage and it was lovely to meet him too. 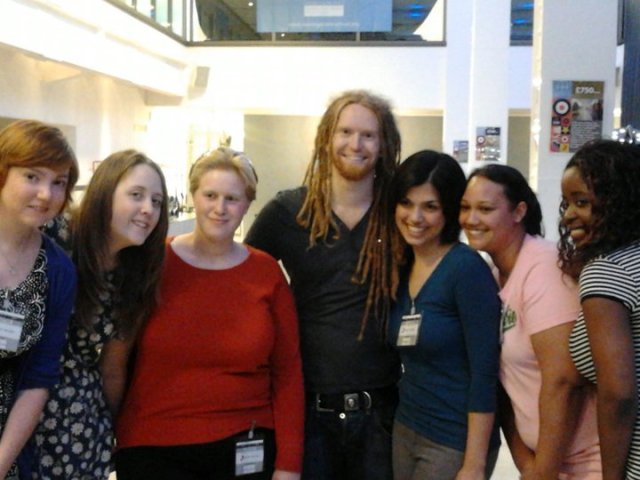 We were also asked if we would like to perform at the famous 100 club in London. I was so excited to do this as it is such a well-known club and many famous people have played there before. There’s a small room in the back of the club where many a famous person has signed their name on the wall. I felt so proud to add our band’s name to that wall, Symmetry Twist, I had come up with the name. The meaning behind it being that we all went through cancer (Symmetry) but we all had very different experiences (Twist), meeting these other lovely girls showed me that not all cancer experiences are the same, even if you have the same type of cancer your experiences can be totally different.

A while after that we were invited to the opening press day of the Chelsea Flower Show to perform our song in the garden that was built by Joe Swift, sponsoring Teenage Cancer Trust. It was a wonderful day and I felt really special to be there on the press day, not open to the general public, only open to celebrities and royalty! 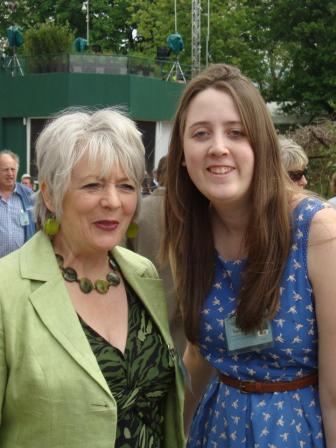 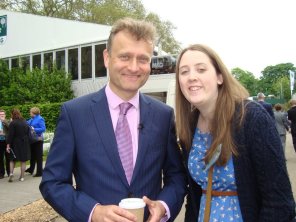 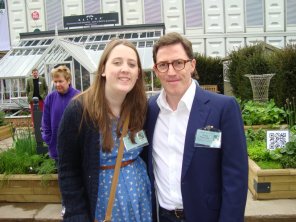 A few years ago I got involved with The Music Works, a fantastic music school not too far from where I live. It’s a fantastic place and for a while I was a member of the choir. They soon learnt about my cancer story and along with Andy who owns the Music Works, a lady called Tone and several of the girls and boys from the children’s choir we created a CD that included ‘Look at me Now’. It was great to know that something that I had a part in creating was put on to this album and all the proceeds from the album went to Teenage Cancer Trust.